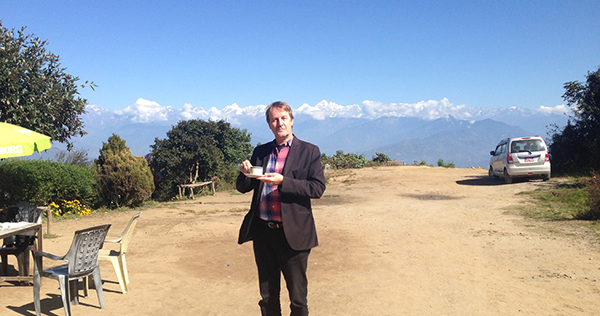 If ever there was a giant in contemporary electroacoustic music, Carl Michael von Hausswolff is certainly the one. Co-founder of the imagined kingdom Elgaland-Vargaland, often using the audio recorder as his main instrument, von Hausswolf is also a conceptual visual artist working with performance art, installations and photography.

Carl Michael von Hausswolff is a restless artist moving from field recordings, drones and frequency experiments to installation and photography. His earlier audio compositions, constructed almost exclusively from basic material taken from earlier audiovisual installations and performance works, consisted essentially of complex drones with a surface of aesthetic elegance and beauty. In later works, Hausswolff has retained the aesthetic elegance and the drone and added a purely isolationistic sonic condition to composing. Bit by bit, Hausswolff has boiled away even more ornamental meat from the bones: his works are pure, intuitive studies of electricity, frequency functions and tonal autism. Lately he has also developed a more conceptual form of audio art overlooking subjects such as architecture and urbanism.

In 1993 he and fellow artist Leif Elggren developed the ever-lasting conceptual piece The Kingdoms of Elgaland-Vargaland where a new country was established in the world. Its territories are all border areas between every country, mental territories such as the hypnagogue dream state and digital areas on the Internet. Elgaland-Vargaland now has over 800 citizens and is frequently manifesting itself through the channels of conceptual art. Embassies has been established in Stockholm, Mexico City, Oujda, London, New York, San Francisco, Osaka, Barcelona, Helsinki and many other places.